The systems were made possible by the Government’s Adaptation Programme and Financing Mechanism (AP&FM) project of the Pilot Programme for Climate Resilience to reduce Jamaica’s vulnerability to climate change. The island is experiencing increasingly destructive impacts, such as stronger hurricanes, severe flooding, prolonged droughts and sea level rise, which have led to food insecurity, unemployment and growing poverty. Between 2001 and 2012, Jamaica experienced 11 storm events (including five major hurricanes) and several flood events amounting to roughly J$128.54 billion in loss and damage.

INMED Partnerships for Children has helped dozens of vulnerable communities around the world, including many in Jamaica, to strengthen their climate resilience, food security and income-generation opportunities through INMED AquaponicsTM. The international nonprofit humanitarian development organization and its Jamaica-based affiliate, INMED Caribbean, have been building pathways for Jamaica’s most vulnerable children, families and communities to achieve well-being and self-reliance for nearly two decades.

“These systems will greatly boost agricultural production in the communities,” said Dr. Winsome Townsend, Project Manager of Jamaica’s AP&FM. “It will reduce their dependence on the changing weather patterns in order to produce because drought, for example, will not cripple the farmers as it used to.”

Aquaponics is an ancient food production technique used by the Aztecs that combines aquaculture (fish farming) with hydroponics (soilless crop production in water) in a closed symbiotic system. Advantages of aquaponics include crop production at least 10 times higher than traditionally farmed plots of equivalent size, up to 90% less water consumption than traditional irrigation, low energy consumption, year-round production of high-quality crops, no chemical pesticides or fertilizers, and flood and drought resilience.

INMED’s modular system can be adapted to fit any space in urban and rural environments. It also can be constructed of local materials and equipped with solar power and rainwater harvesting features for additional cost savings. Combined with access to training, financing, markets, ongoing technical support from INMED-trained agriculture extension agents and other value chain opportunities, this climate-smart farming technology is considered a critical, sustainable strategy for reducing poverty.

“This [aquaponics] system is the first of its kind in our community,” said a James Hill farmer, who has been engaged in the project since its inception last year. “We are thankful for this gift and will take good care of it.” The INMED system will be operated by the James Hill farming cooperative.

“We commend these communities for their proactivity and recognizing the importance of building resilience to climate change,” said Mrs. Therese Turner-Jones, General Manager, Caribbean Country Department, Inter-American Development Bank, which is supporting Jamaica’s AP&FM projects, along with the Ministry of Economic Growth and Job Creation and the World Bank. “They have led the charge for implementing the commissioning of these systems, which will boost their agricultural outputs critical to ensuring food security especially in periods of drought.”

“INMED Partnerships for Children and INMED Caribbean are proud to partner with the AP&FM team and these exceptional communities in the climate-sensitive watershed area of Clarendon,” said INMED Founder and CEO Dr. Linda Pfeiffer. “We are committed to provide crucial training and mentoring to help them be successful in achieving food and economic security and building climate resiliency.”

INMED Caribbean is a registered Jamaican nonprofit and an in-country affiliate of US-based INMED Partnerships for Children, an international nonprofit humanitarian development organization that has transformed the lives of millions of children and their family and community members in 100 countries since 1986. Since 2002, INMED’s work in Jamaica has focused on improving the health, education, safety and opportunities of the nation’s most vulnerable citizens through climate-smart agriculture, school gardening, climate-change adaptation, nutrition education, positive youth development and teacher training programs. 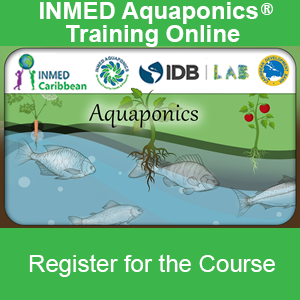